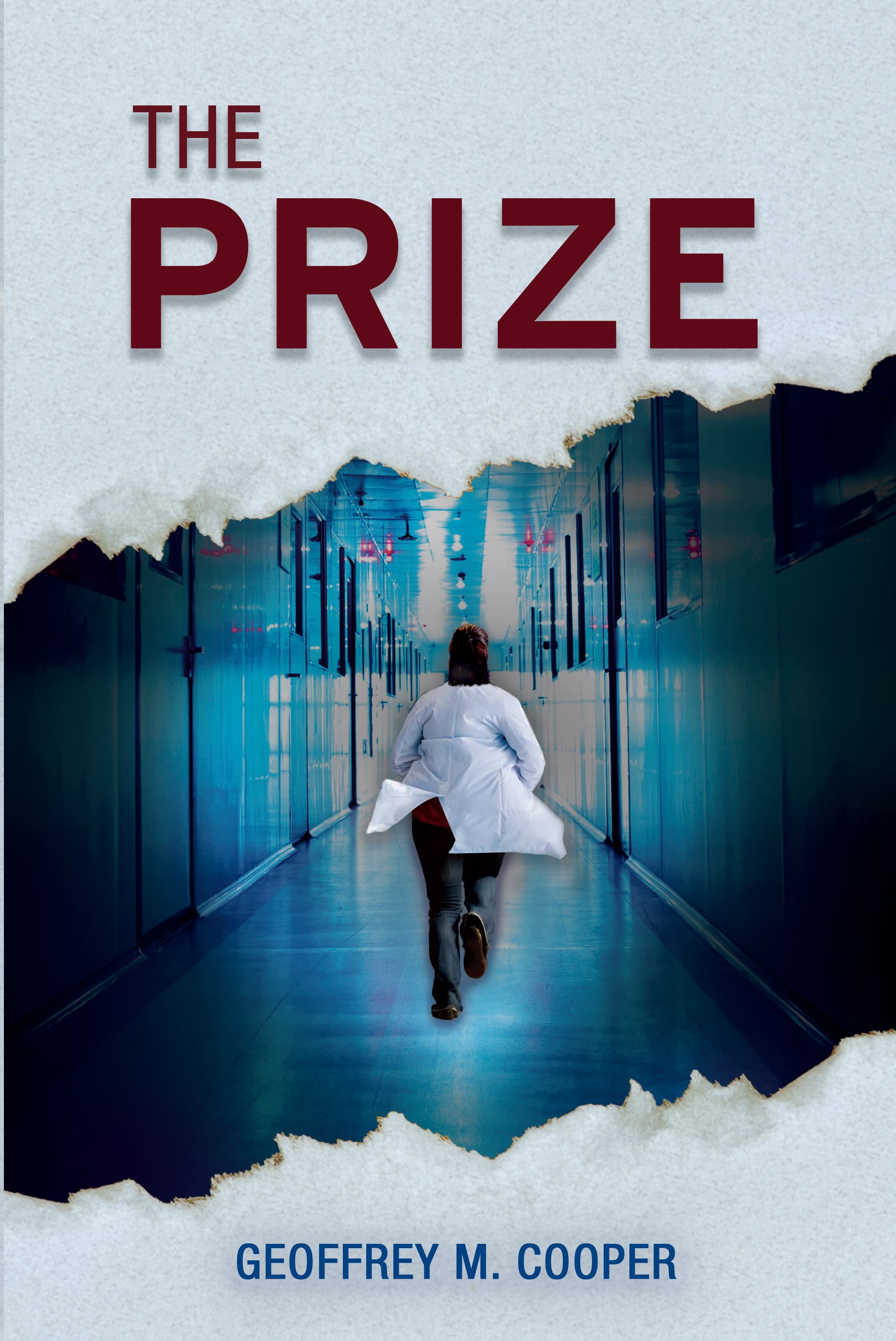 What does it take to win a Nobel Prize? Deceit, fraud, even murder? Set in the competitive world of cutting-edge medical research, The Prize is a science thriller in which jealousy over the discovery of a treatment for Alzheimer’s disease leads to fraud, betrayal and violence.

Pam Weller makes the discovery of a lifetime when she finds a drug with the potential for treating Alzheimer’s. But her success threatens the supremacy of Eric Prescott, a leading figure in Alzheimer’s research. Lusting relentlessly for the Nobel Prize, Prescott fears that Pam’s work will derail his ambitions. He seduces one of Pam’s research fellows and enlists her in a plot to brand Pam a fraud and steal her discovery. But when an investigation threatens to uncover their plot, Prescott kills his co-conspirator and fakes a suicide that places the blame squarely on Pam. Leading Pam into a world where nothing is real, except threats to her career, her freedom and even her life.

In a novel of intrigue and suspense, The Prize explores the human side of science and drug discovery, exposing the pressures and ambitions that can drive the betrayal of scientific ethics and lead to fraud in medical research.

The Prize by Geoffrey M Cooper will absorb any category of reader — fans of fast-paced, character-driven stories, medical aficionados, and anyone looking for an exciting read with a huge conflict. Pam Weller has just made a medical discovery that could change the lives of millions positively and provide a permanent solution to Alzheimer’s. Her success comes as a huge blow to Eric Prescott, one of the pioneering researchers in Alzheimer’s with a strong ambition for the Nobel Prize. Now, Prescott is bent on stealing Weller’s work and making her come across to the public as a fraud. Aided by one of Pam’s research partners, he becomes her nightmare, dragging her into a heinous game of deceit and fraud. The question is: Can murder be eliminated from the dangerous game and can Pam Weller find what it takes to outwit the cunning of someone like Prescott?

A medical thriller at its best, featuring themes that are real and contemporary and characters that are highly believable. The reader gets sucked into a world of science and medicine, with characters that are driven and rock-solid. The reader gets the impression that the author brings into the work his world of research and medical specialization to create a universe that will excite the reader’s mind and compel them to sit alongside the intelligent characters. Geoffrey M Cooper demonstrates a great gift for conflict and plot, weaving scenes that are emotionally rich and focused, and keeping the reader excited about the plot with well-crafted suspense and red herrings. The Prize is surely a bestseller in the making, a page-turner that is intelligently plotted and accomplished with unusual finesse and mastery.

Geoffrey M. Cooper is an experienced cancer researcher and scientific administrator, having held positions at Harvard Medical School and Boston University. He is the author of the cell biology text, The Cell, as well as several books on cancer. The Prize is his first novel. He lives in Brookline, Massachusetts.

Fighting Fascism, One Book at a time

Fascists and their ilk hate knowledge. The best defense against fascism is being able to tell what is true and what isn’t.

Book Reviews are a great tool.

San Francisco Book Review – Find great book reviews (from me and others!)